The xcpEngine can be run on flywheel. The procedure is the same as runnning it on computers/clusters.

The design file is compulsory for any analysis. Preprocessing of BOLD data require prior preprocessing with FMRIPREP. The FMRIPREP output directory needs to be supplied as shown below. 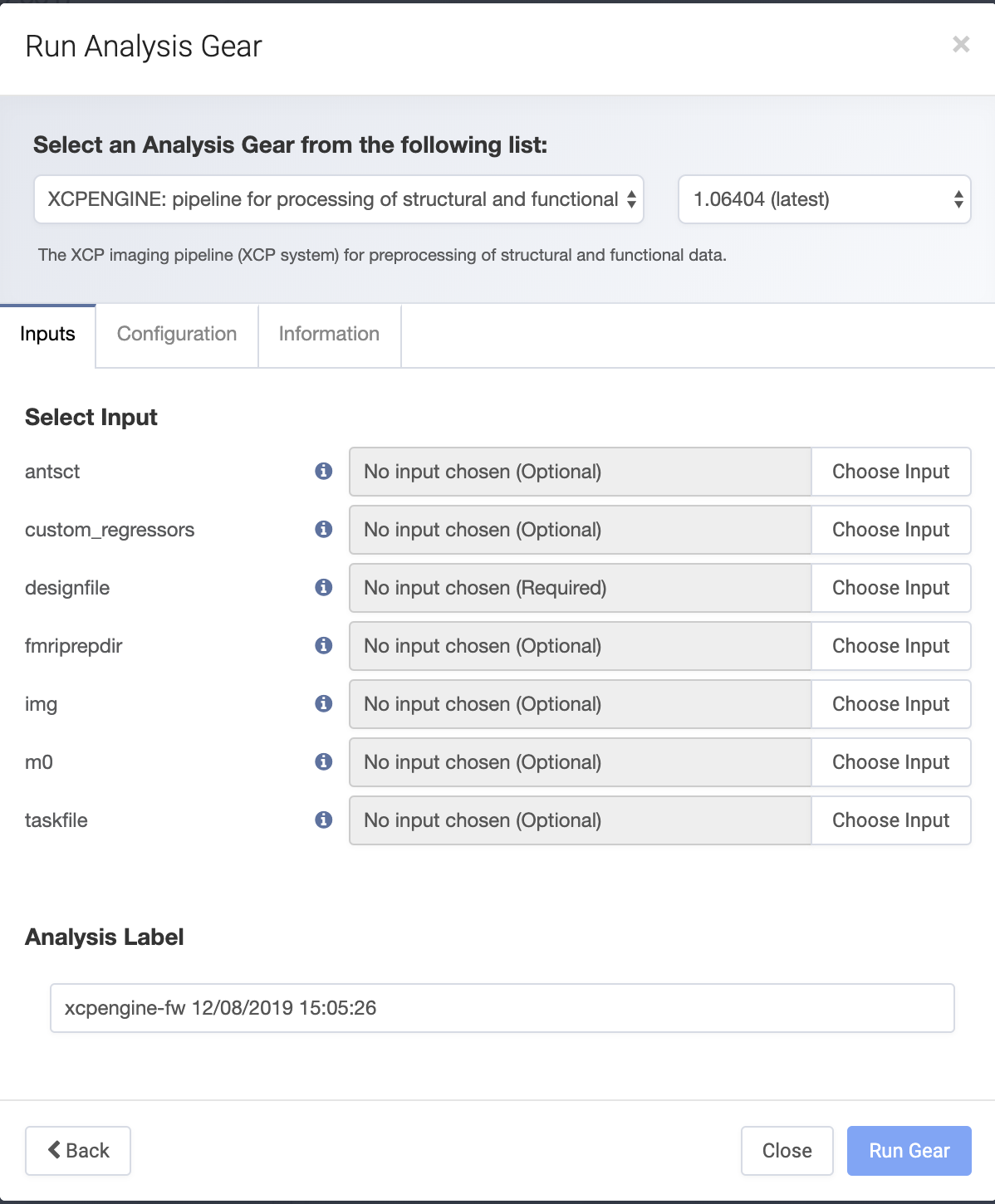 The cohort file will be created base on the FMRIPREP output and/or img. The img is input directory for asl and structural image. The processing of ASL requires processed anatomical image from FRMIPREP (fmriprepdir) or structural processing output (antsct). The m0 is the M0 directory for CBF calibration if present. In the case of task-activation analysis, task_name and seission are required to be specified in the config of xcpengine gear.

Running task-activation (FSL FEAT) analysis on flywheel with xcpEngine requires event files like FSL. The event file (in .txt) can be in any format accpetable by the FSL FEAT. The contrasts and corresponding weights are organized as shown in task.json below.:

The above shown the event names ( “0back”,”1back”,”2back”,”inst”) and the contrast with corresponding weights. The task.json is zipped with all the event files:

The length of the weight must be equal to the number of events as shown above.